‘Songs For You’ Interviews (Videos)

Our video archive has been updated with various interviews Ben has done over the past couple of weeks leading up to the release of his debut EP, ‘Songs For You’.

More will be added as they become available, so keep checking back!

Ben’s debut EP, ‘Songs For You’, is now available on all your favorite music platforms. Click here to find yours and take a listen! The tracklist is below. You can also buy a signed copy of the ‘Songs For You’ CD for a limited time at Ben’s official merchandise store. 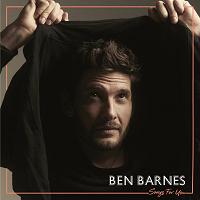 Click behind the cut for the ‘Songs For You’ EP tracklist (and song lyrics):

END_OF_DOCUMENT_TOKEN_TO_BE_REPLACED

The official music video for Ben’s new song, ‘Rise Up’, off his debut EP, ‘Songs For You’, has been released! Watch it here. Screen captures have been added to the gallery.

Ben Barnes Is Getting In His Feelings

Ben recently spoke with InStyle about his music, releasing his first EP, ‘Songs For You’, and what he wants his legacy to be. You can read the full interview below. 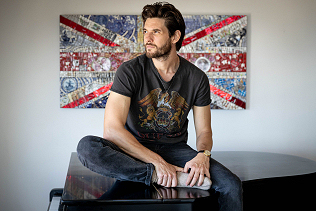 The actor opens up in a whole new way in his debut album, ‘Songs For You’.