Ben To Star In Period Thriller ‘The Critic’

In the film set in 1934 London, McKellen plays Jimmy Erskine, the most feared drama critic in town—with Arterton as Nina Land, the actress who’s determined to win his favor. When Jimmy finds himself in the crosshairs of his newspaper’s new owner, David Brooke (Strong), Nina is entangled into a dangerous web of blackmail, deceit and murder.

Anand Tucker is directing from a script by Oscar nominee Patrick Marber, with production currently underway in and around London.

Have a listen to Ben Barnes’ funk covers of Bishop Briggs’ “River” and Peter Gabriel’s “Sledgehammer”, in collaboration with Scary Pockets, here and here. Both cover songs can also be found on Spotify, Amazon Music, and all your favorite music platforms. 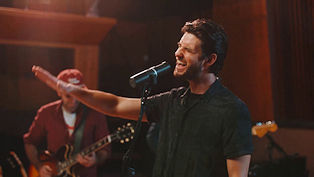 ‘Demon In The Wood’ Audiobook

Ben has recorded an audio version of Leigh Bardugo’s ‘Demon in the Wood’, a graphic novel prequel to the ‘Shadow and Bone’ series. The audio version will be released on September 27, 2022. Click here to pre-order. The official synopsis can be found below.

Before he led Ravka’s Second Army, before he created the Fold, and long before he became the Darkling, he was just a lonely boy burdened by an extraordinary power.

Eryk and his mother, Lena, have spent their lives on the run. But they will never find a safe haven. They are not only Grisha – they are the deadliest and rarest of their kind. Feared by those who wish to destroy them and hunted by those who would exploit their gifts, they must hide their true abilities wherever they go. But sometimes deadly secrets have a way of revealing themselves …

T-Mobile has unleashed a new ad campaign featuring Ben Barnes as a class-action lawyer with an offer of up to $1,000 for affected AT&T and Verizon customers who want to switch their families to T-Mobile’s Magenta MAX plan. Watch the TV spot here. 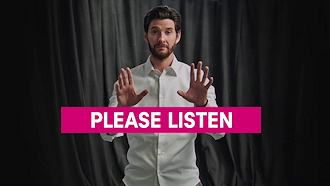